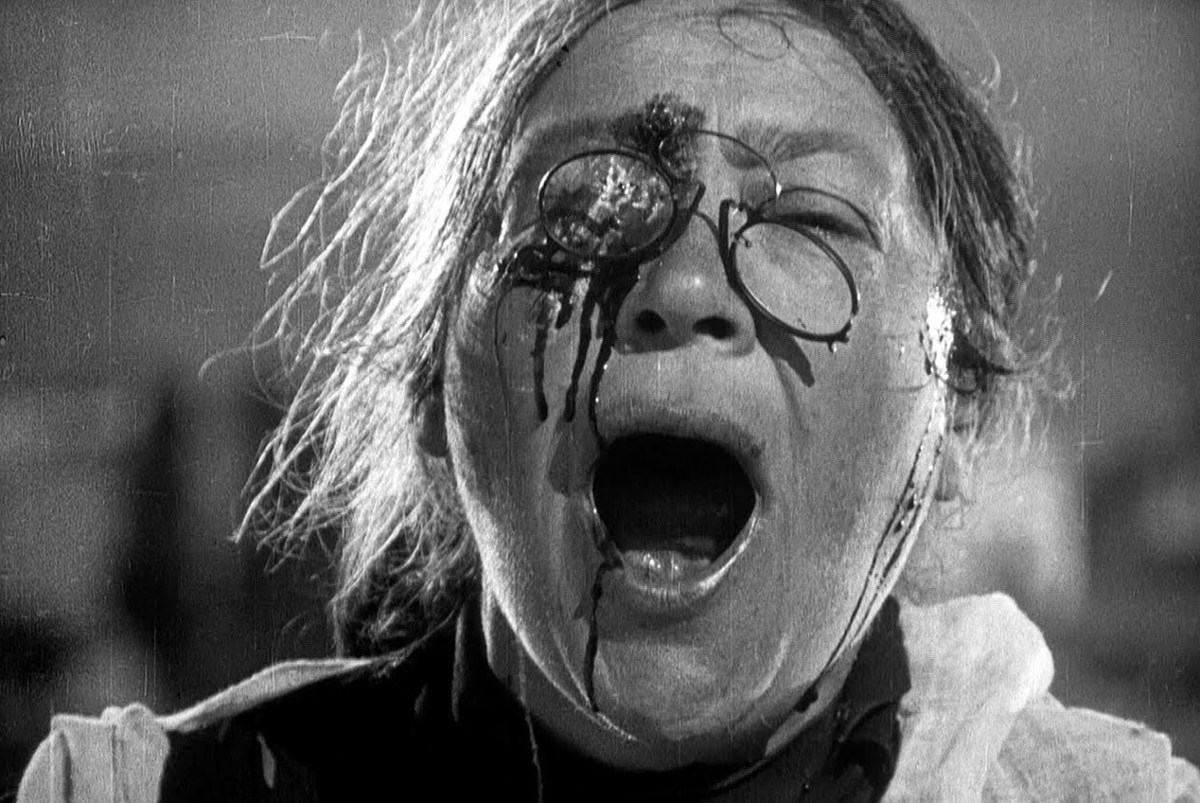 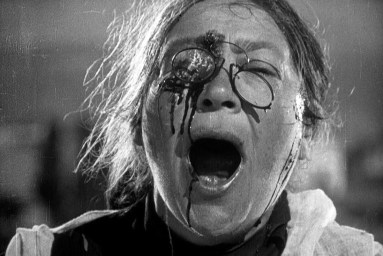 How far can film support a revolution?

Sergei Eisenstein was a hugely influential figure in the revolutionary spectacle genre. His earliest films in the 20s were exemplary of this fact as Eisenstein “was happy to serve the regime in any way he was asked to.” (Kenez, 1985, p. 212). Strike (Eisenstein, 1925) and October 1917 (Eisenstein, 1927) displayed Eisenstein’s willingness and ability to produce influential propaganda pieces to support the regime. However, his most seminal piece was the 1925 film Battleship Potemkin which dramatized the June 1905 mutiny on the Russian Battleship Potemkin. These 3 films exhibit Eisenstein’s philosophies very well. “he learned from the Proletkul’t. He accepted their view that the art of the working classes should be the art of the collective.” (Kenez, 1985, p. 210). Eisenstein’s propaganda films ignore the importance of an individual hero, and take the stance that only the masses matter.
The influence of Potemkin in particular was seen far and wide and clearly portrayed the ideas that Eisenstein was attempting to communicate successfully as the film was not released in many countries until many years after its production. Of particular note was the UK where the BBFC rejected the film for certification in fears that a working-class insurrection may occur. The film was finally released in 1954 with an X rating. 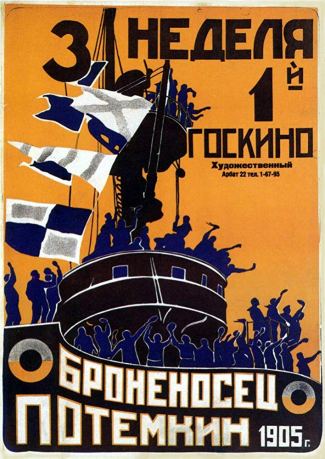 This poster for Battleship Potemkin is a prime example of the symbolism that Eisenstein strived for in his films. He has a significant focus on types, symbols, and gestures whilst ignoring recognizable characters or story. The reduction of the ships crew members to simply recognisable shapes and the way that they are merged together symbolises the union of the working class and the success they can achieve together. This is further emphasised by the colouring of the flags seen flying from the ship which match the striped navy and white shirts which the mutinous sailors wore on the Potemkin therefore indicating their victory over the tyrannical officers which were on the ship.

However, despite the success of Potemkin symbolically and critically, the film didn’t reach the USSR public in the way that was intended. It was reported that in 1926 the film was showing at more cinemas in Berlin alone than in the whole of the USSR. Despite the demand by the workers film clubs, the film could not be shown to them as the majority of the copies of Potemkin were abroad and not in the USSR as outlined by Taylor (2000, p. 68). This would suggest that the most successful and critically revered revolutionary spectacle film of all time had little impact in supporting a revolution. This is backed up by the fact that despite the critical and foreign success of Potemkin audiences at the time didn’t agree and weren’t impacted much the film at all. “Far more filmgoers went to see The Bears Wedding” (Taylor, 1994, p. 138) in 1925 and 26 suggesting that the audiences yearned for entertainment over the symbolism which Eisenstein favoured.

Start a Blog at WordPress.com.